Color Yourself Into The World

We helped children create their place in the world by giving them the power to color themselves into it.

The effect has been significant and unsettling—generations of children growing up in a world that doesn’t reflect them.

Crayola’s skin tone pack, a product idea first created and launched in 1992, needed a fresh campaign to meet the growing diversity of the world with increased creativity and representation.

Crayola needed to launch Colors of the World, 24 specially formulated crayons designed by Victor Casale, current CEO of MOB & Pure Culture Beauty to mirror and represent over 40 global skin tones. The child-favorite brand needed to claim new ground and speak to the inclusion that consumers are searching for from today’s brands.

Crayola asked us to help the brand ensure the “Colors of the World” campaign achieved the reach and attention necessary to foster a greater sense of belonging and acceptance and cultivate a more inclusive world for children of all ages, races, cultures and ethnicities. 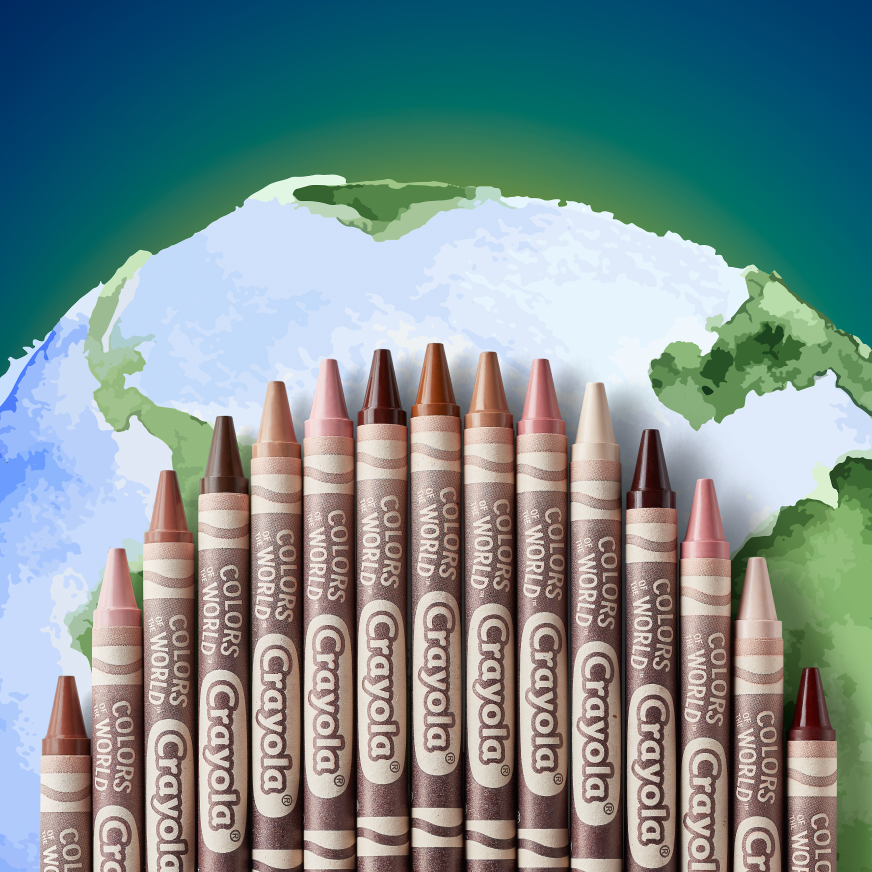 DRAW YOUR #TRUESELFIE ONE CRAYOLA AT A TIME

Crayola need a unique campaign to emphasize their belief that every child has the power to create their place in the world by coloring themselves into it. We developed the strategy to launch Crayola’s new Colors of the World product beyond the traditional single-sided story of diversity to expand strategy to focus on the wider story of inclusivity by allowing children to become more visible both on paper and in the world.

We realized that the word “diversity” had become corporatized and consumers had begun to interpret it as lip service and we did not want to follow suit. Instead of viewing diversity as something to be gained, we wanted to see the way the world is to approach the product and campaign in a way as to claim new ground and speak to what consumers are looking for from brands today: inclusion. Our strategy was to create a space where inclusion for all was inherent and totally banish the feeling of invisibility by showing both kids and adults that the Colors of the World pack truly is for all.

We wanted to demonstrate that by holding a Crayola crayon to anyone’s skin and seeing a match, children around the globe could feel represented like never before and by doing so enhance the lives of kids everywhere one Crayola crayon at a time.

In 2022, the work won the Iridium Effie and was named the most effective campaign in the world at the second annual Global Best of the Best Effie Awards. The work also won the Global Grand Effie Award in the Product/Service Launch category, and previously won a Gold Effie in the 2021 Effie Awards US competition.