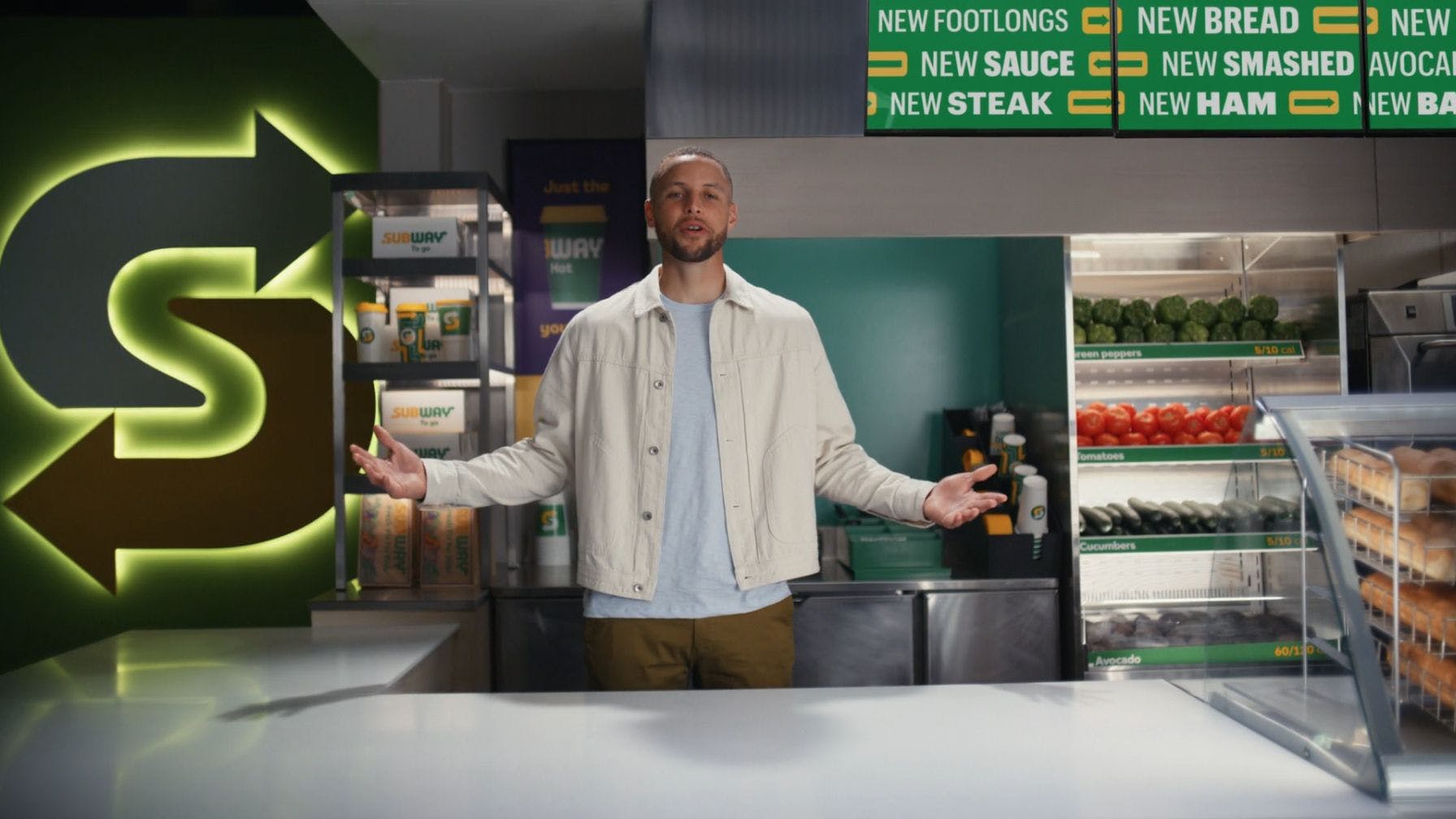 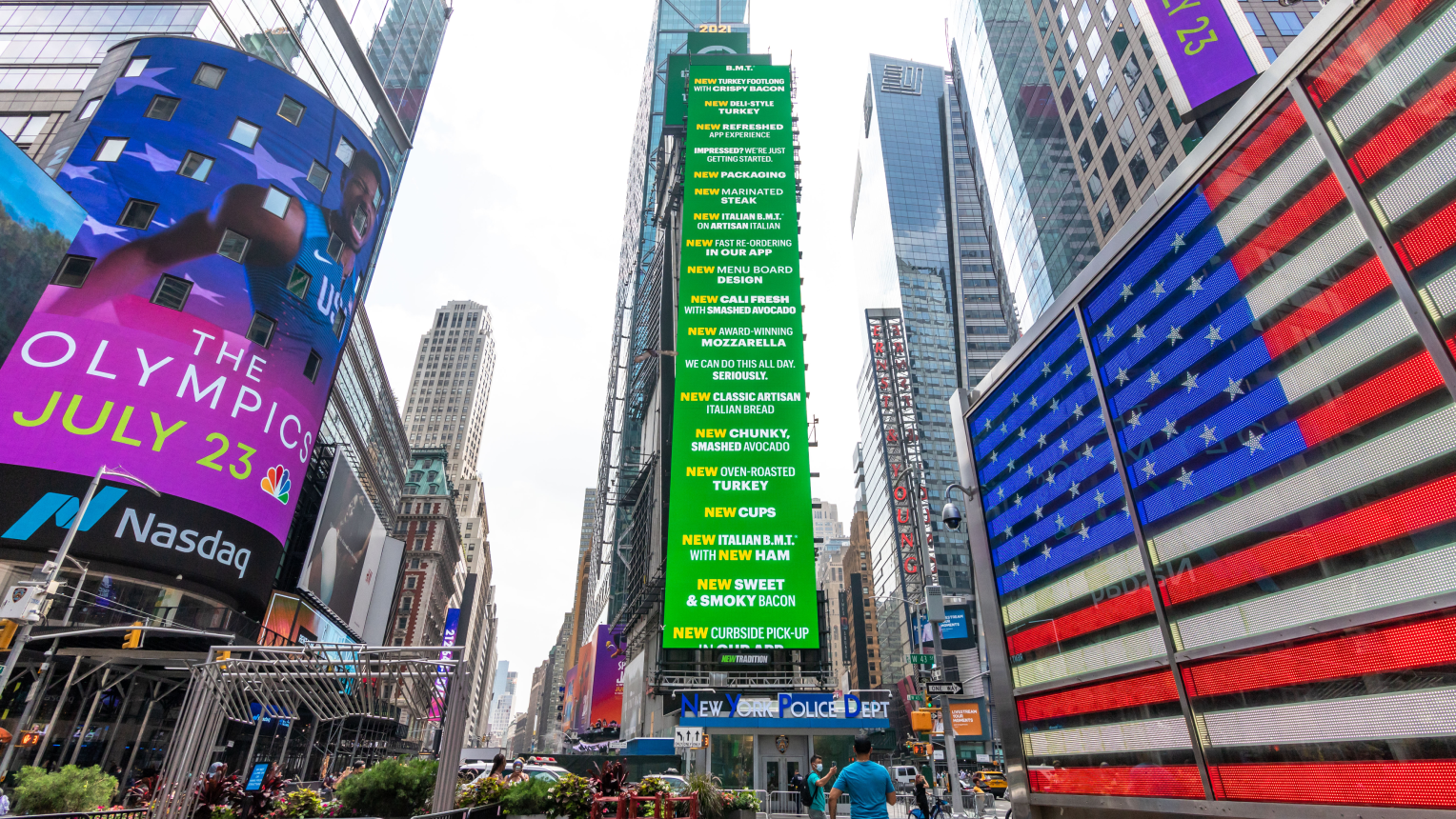 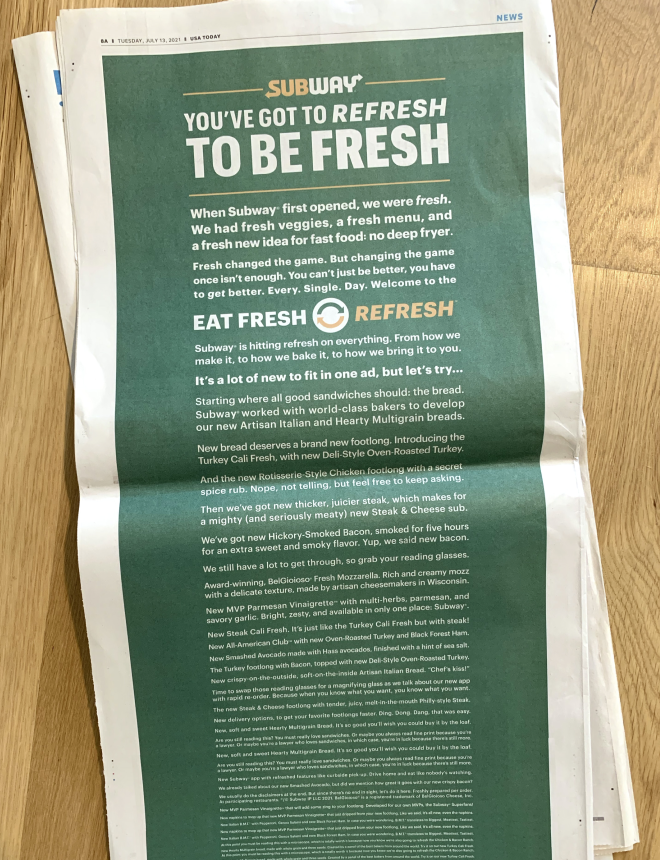 Subway was an original disruptor that broke up the burger monopoly with fresher options. Over time, new players and brand missteps ate away its iconic promise of “Eat Fresh.” The headlines were brutal. Revelations that Subway sandwiches had something in common with your yoga mat—even legendary foot longs weren’t measuring up with complaints of skimping on size. Reputation broken as a global pandemic rolled in.

GOTTA REFRESH  TO BE FRESH

Subway embarked on its largest update in the chain’s 56-year history. We’re talking new ingredients, new sandwiches, mobile app upgrades and substantial restaurant remodels. With so much new news, we needed expansive carrier pigeons to get the word out. A spokesperson? Not enough. We assembled a “spokesteam” of Steph Curry, Serena Williams, Tom Brady, Megan Rapinoe, Charles Barkley, Marshawn Lynch, Russel Wilson and Trevor Lawrence. No, the news could never fit in a single spot—so we had to cut off our celebs mid-sentence, we had spokesperson refresh moments mid-commercial. We even bought time in other ads to sandwich in our message within regional car dealer, attorney, furniture store spots. Bringing the refresh to Beats by Dre? That too. Heck we refreshed Subway’s entire media approach, taking over Time Square while infiltrating culture with surprise appearances in popular talk shows, cartoons, Spanish-language TV and weather reports. 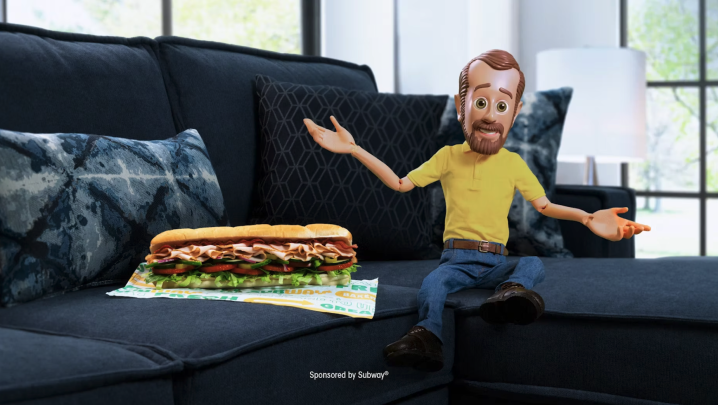 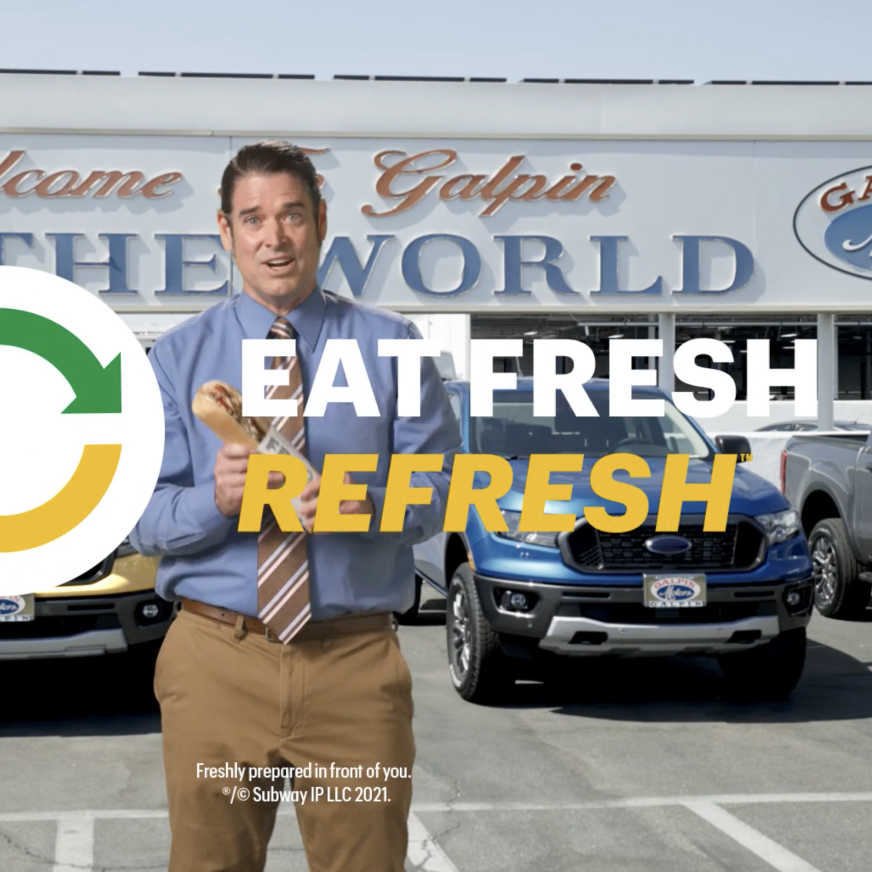 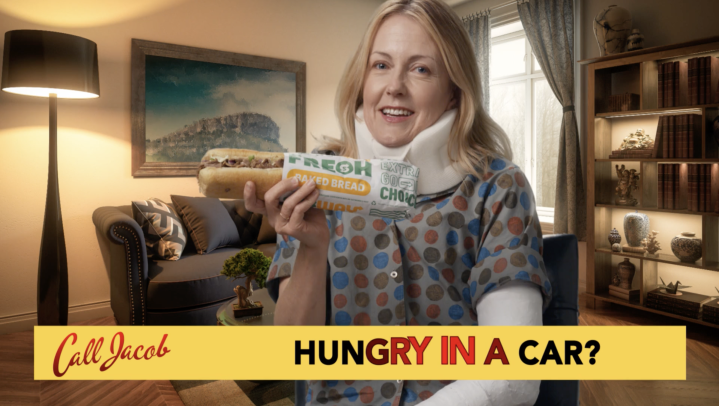 Subway beat its sales projections by nearly $1.4B, after a decade of sales decline. It also reached its highest annual AUV since 2014. Digital sales alone tripled 2019’s.

"Subway’s sales results indicate we have the right team and strategy to bring our multi-year transformation journey to life," CEO John Chidsey told Quartz. "As we continue to evolve and build a better Subway, our priority remains working closely with our network of dedicated franchisees to help them grow their business and deliver a better food and better guest experience.”

A global solution to help brands create their virtual identities for the metaverse and beyond.